We only show good movies here! That isn’t to say you’ll love all of them, it just means we choose films with high-quality production values, talented casts, and interesting storylines. We hope you’ll join us for an upcoming film and let us know what you think. Our ticket prices are reasonable, ($8, youth & senior; $9, general admission), our floors aren’t sticky, and you’ll be greeted by Valerie and/or Fred at every show! Plus, you can enjoy gourmet popcorn with real butter, a rich, creamy treat from Act One Ice Cream Parlor, and beer or wine from Freddie’s Bar. 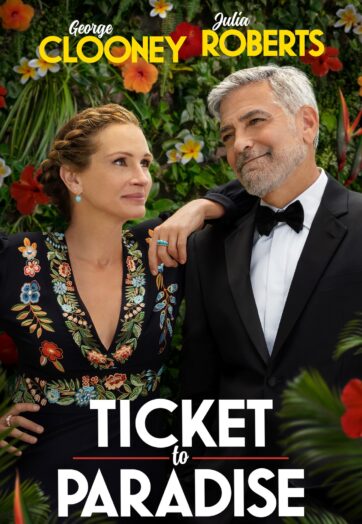 Academy Award® winners George Clooney and Julia Roberts reunite on the big screen as exes who find themselves on a shared mission to stop their lovestruck daughter from making the same mistake they once made. Ticket to Paradise is a romantic comedy about the sweet surprise of second chances. 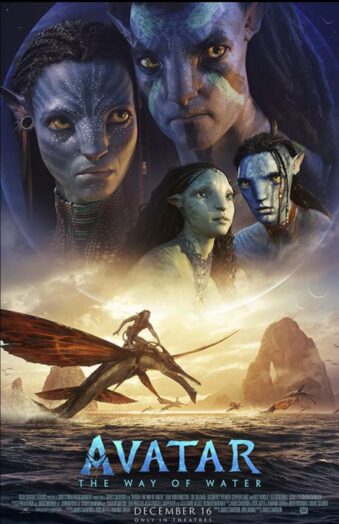 AVATAR
We’re the Avatar headquarters of the region – the only historic theatre playing this groundbreaking film.

Set more than a decade after the events of the first film, “Avatar: The Way of Water” begins to tell the story of the Sully family (Jake, Neytiri, and their kids), the trouble that follows them, the lengths they go to keep each other safe, the battles they fight to stay alive, and the tragedies they endure.